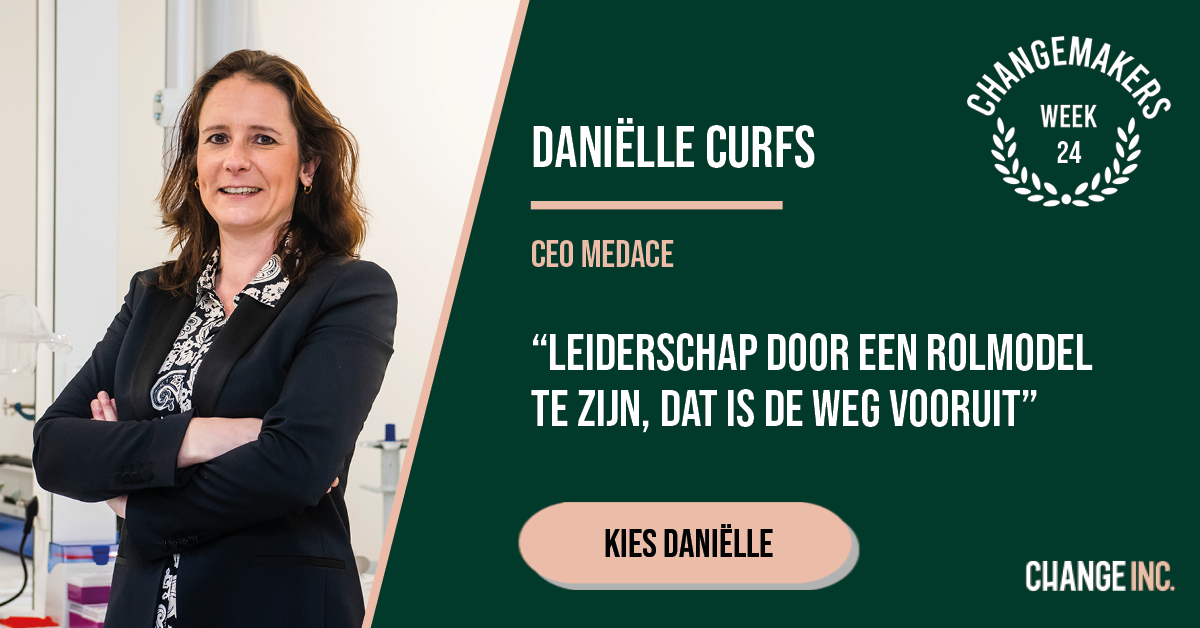 Change Inc. is putting together a community of Dutch Changemakers: leaders of companies who are convinced that producing differently is necessary to balance prosperity and well-being.

Danielle Curfs and her company Medace are one of the few in the healthcare category to come out on top as national Changemaker in the Scale Up category! In a race with 2 other scale ups, both the expert jury and the public votes turned out to be in favour of Medace, which provided Medace with the unique opportunity to record a podcast with journalist Paul van Liempt.

Find the podcast and the earlier inspiring interview by Change Inc. here (in Dutch) or read the English version below. 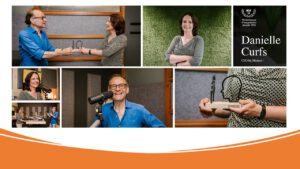 Danielle Curfs holds a PhD in Life Sciences & Health and did a postdoc at Maastricht University. In 2009 she started her career as program coordinator and communication manager at BioMedical Materials Foundation. At the same time, she worked as project and program director at DSM, and in 2013 she became responsible for the biomedical program at the Chemelot Institute for Science & Technology. In October 2018, Medace was founded, of which she has been CEO since then.

Vision
“Medace brings new inventions in healthcare to the market at an accelerated pace. We have already had seventeen companies under our roof, all of which are developing these products. A new knee implant or bone prosthesis, for example. Normally, they do this separately, and each company has to reinvent the wheel over and over again. That costs a lot of time and money. It often gets bogged down in laws and regulations, it has to meet many requirements before it can be marketed, and it also requires huge investments to get it from the lab to the patient. You have to rent a research space, then work on certain prototypes, hire specialists.

We have developed a Lego model with Medace to speed up just that part. For example, 80 to 90 percent of the underlying documentation is the same for all companies. The developments are patented, so the idea can no longer be stolen. The production process is different for the companies, but if you share the facilities, you can divide the costs by five or six. Because you only pay for that part, it gets to the patient and the market much faster and more efficiently. Sustainable business, in my opinion, is also about sharing facilities, training people and reducing costs, as we are doing with Medace.”

Leadership
“My parents had their own businesses within the SME sector, so I really grew up with an entrepreneurial spirit. My father taught me that, as a leader, you always have to be in the lead. You can ask a lot of your people, but you also have to walk with them and not be afraid to take on other work. If you can give someone a hand, or the towels need to be washed, then I will do that. No problem. So leadership by being a role model is the way forward. You have to stand among your people, because that’s how you create the greatest commitment. Colleagues then feel like family, and you feel responsible for your own work. I am a very open ‘boss’, but also very demanding. We now have a team of ten people at Medace in Maastricht. The ambition is to deploy this model in several places in the Netherlands and Europe.”

Impact
“We set up this model with funding from the European Union. The hardest part was convincing the authorities, the Health Care Inspection and other supervisory bodies of the model. Normally each concept is in its own box, but now we can handle 25 concepts at the same time. That took some getting used to, but in the end we had convinced them in a year and a half. In 2018, the model was certified, and the following month, one of the companies that had joined us already followed. Because the inspector said: ‘I’ve already assessed that part, now I’m only looking at the production process’. That, of course, speeds up the approval process enormously, and is why we founded Medace. A little while later, another company joined us and is working on cell therapy for the treatment of spinal cord injury. Once we had proven the model, several investors stood up. Normally you go to investors to raise money, but now they came to us.

They are also interested abroad in how we work. For example, a party from Germany recently joined us, because they would also like to work this way but it is not possible there. That really is a victory for the Netherlands. We are also talking to parties in Zurich. The pharmaceutical industry there is huge. So if they are impressed by our model, that is very special.
In 2018, the Netherlands was still seen by the EU as the most innovative country in healthcare, but we translated it poorly into value. I think our model is helping to do that. A recent example is the corona crisis. We turned out to be 100% dependent on China for the production of medical face masks. We have to get rid of that. An entrepreneur from Limburg approached us and asked if we could help, he could make the medical face masks, then we would have to do the paperwork and everything around it. He became the first producer of medical face masks in the Netherlands with CE certification.”