Medace wants to lower the threshold for researchers of RegMed XB 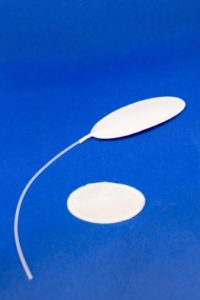 The plastic ‘house’ for the beta cells

22 November 2019 – Science Guide publishes on the future collaboration between RegMed XB and Medace.

To close the gap between medical research and its actual application, the start-up Medace will soon open its doors. Aart van Apeldoorn (Maastricht University, RegMed XB) becomes one of the first customers and hopes to replace the insulin syringe with his innovative method.

Van Apeldoorn wants to bring a combination of an implant and cell therapy to the market for people with severe type I diabetes. The idea is to use stem cell technology for this purpose. “The Leiden University Medical Center is conducting research into how beta cells can grow from stem cells. The challenge is to get those cells in a better location in the body than in the liver, and somehow protect them against the immune system using a beta cell replacement implant. A kind of plastic housing for the cells. For this purpose, a prototype of the implant must now be developed, in order to be able to carry out the first studies in humans. “I can’t develop that prototype in my research lab at the university. It’s not clean enough there, and it’s not at the right level of quality control.”

Medace’s role is to facilitate logistics, clean rooms and quality systems. “If I had to do all this myself, I could not afford it,” says Van Apeldoorn.

Read the full article (in Dutch) on the ScienceGuide website.